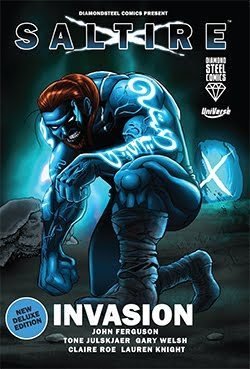 The first book tells the story of the legendary Ninth Legion and its attempts to expand the Roman Empire to the north, to the land of Saltire. This is the origins story and first great battle Saltire encounters.

When a peaceful land is faced with the might of all conquering Rome, its legendary guardians must stand as one or kneel before an oppressive empire. As the sun rises, the immortal protector awakens to face the ultimate battle for freedom.

Saltire - INVASION out now and available in all good bookshops.

Save this product for later
Display prices in: GBP
BUY NOW